Small Crown Productions is excited to be producing a new project for ​distribution on YouTube in 2019. 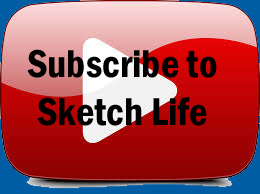 Sketch Life is a Sketch Comedy series ​being developed in Brisbane but designed for a global audience.

​Scouring the world we will find inspiration from real life stories to be the catalyst for our sketches.

​
We are currently in a phase of researching and script development​ and welcome stories from the public who ​want to challenge our creativity.  Submit a story below and we will draw inspiration from it to write an original sketch to be featured on the show.
It won't be your exact story - but an element within your story will become the catalyst for our sketch.

​Submit your story below and we will keep you informed as the project develops.

​Billy Billy was a spoof response to the Budweiser series of television commercials in their Dilly Dilly Series.

​Billy Billy was shot in Canberra at a medieval Event hosted by the SCA - Society for Creative Anachronism.  The concept was developed by Paul Adams and performed by members of the group who all volunteered on the day. ​

It was shot on an iphone7, utilising the overhead Fluroescent lighting and 75 watt CFL Bulbs diffused with a white paper Chinese Lantern.

​Music was supplied and by the SCA and are pieces composed and performed by members of the group.

​The SCA is a worldwide medieval educational and recreation group.  Australia and New Zealand make up the Kingdom of Lochac one of the 20 kingdoms around the world.

​This clip was created for Stratford Tees, an online T-Shirt store with designs inspired by the works of William Shakespeare.

This clip was designed to ​introduce people to the brand and highlight the sense of fun that the brand wants to promote through its designs.

​'​The Flats' was a series of six 10 minute short films conceived as a sitcom pilot concept.

The story revolved around six people who shared an apartment building as they learn to put up with each others idiosyncrasies.

The episodes were aired as part of the 'Short Film Distillery' a show on Brisbane's then community television station Bris 31.